Scouting in the Chichester District has been with us since the movement began and Robert Baden-Powell, the Chief Scout, made many visits to Chichester in the early years. The early 1930's saw the commencement of a troop at Birdham and the Witterings. The

Witterings Troop was run by a Miss Crawford, an able Scouter who trained many evacuees during the war. After the war, Mr Brookes started a cub pack and Mr Jones a scout troop, and in 1947 the 1st Birdham joined with the Witterings troop as an amalgamated group under Group Scoutmaster Glen Mizener. This Photograph shows Mr Mizener and his wife, Joan, with the members of the cub pack outside the Scouts Hut.

The Scouts and Guides met in a corrugated iron hut (seen in the background the photo above) which was originally used as a store by Birdham Post Office. This hut was adjacent to the school playground.

In the background of the photo above is the Scout and Guide Head-quarters built by the group in 1964 following the closure of the old school.

Back in 2008 the group celebrated the completion of it's Diamond Jubilee year by issuing a commemorative badge that was designed by one of the Beaver Scouts and was worn on the uniform for one year to mark this.

So to the future. What next I hear you ask?

'Proposed New 1st Birdham and Witterings Scout Headquarters.' The leaders would like this to be a flagship building for the Scouting movement.On that will be used and enjoyed for many decades to come and not just by the scouts but by everyone in the Birdham and Wittering area. The design and facilities make it a flexible building that can be used for many different events by all manner of community groups. The walls will be supper insulated to reduce temperature fluctuations within the building. Photovoltaic Solar panels on the roof will provide some electricity for the lighting while solar water heating panels will provide hot water for the sinks and showers and possible under floor heating too. An air source heat exchanger using the same technology that cools a fridge but in reverse will be used to heat and cool the building when needed. These are low energy systems that are highly efficient and can be easily upgraded as the technology evolves. The leaders would like to use as much green and reusable energy as possible to not only keep running costs to an absolute minimum. But also to teach the children about sustainable living and green energy. This will fit in with the Scout ethos of working with nature and not harming it. it is hoped that the new building will encourage other Scout and community groups to make use of the facilities and that it will strengthen and build new ties with other groups both locally and further afield.

The costs of these proposals is approximately £450,000 which the leaders hope to raise through fund raising events, sponsorship from local companies and bursary/trust fund donations. However none of this can be achieved without the help and support of the Scouting community and their families and friends. 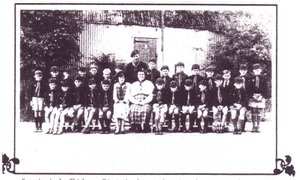